If you’ve been thinking of dating Slavic ladies, you should know that Russian and Ukrainian women are extremely observant and shrewd. They will notice every single detail about your appearance and behaviour, and will make their own conclusions. They also give a lot of importance to a man’s body language. There are certain thing you need to know in order to impress a Slavic girl with your mimics, gestures and movements.

The importance of body language when talking to women

If you master using the right sort of body language when flirting with an Eastern European woman, you can dramatically improve your chances of starting a long lasting romantic relationship. Generally speaking, the nature and intensity of your gestures when you talk to a woman is a measure of how interested and eager you are.

Also, it’s important to remember that in different cultures people express their body language in different ways. The intensity of gesturing differs, too. Slavic people are neither too passionate nor too reserved, so you don’t have to bother about gesturing like the most extraverted Italian man or not gesturing at all.

That said, it’s recommended to learn a few useful techniques in order to catch a woman’s attention or emphasize the importance of what you’ve said. It can be something about the movements of your hands as you finish each sentence, or you can nod your head to show you agree with what she says. You can also throw your hands in the air if you’re amazed or start clapping if some of her statements really speak to you. It will also help you to be more romantic with sexy Ukrainian ladies.

But before we speak of body language that can actually be useful to you, let’s specify some mistakes lots of foreign men make when flirting with Russian and Ukrainian women: 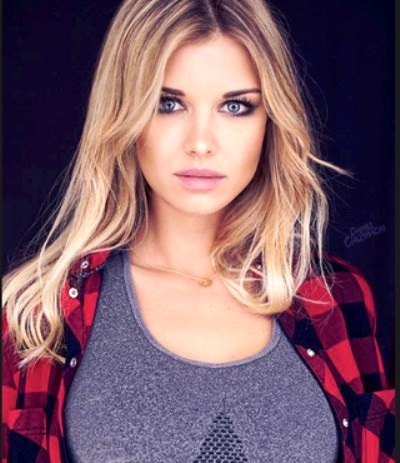 Beautiful Slavic girls are very proud of their appearance. And why shouldn’t they be? After all, they take so much trouble in order to look attractive that it’s very satisfying for them to see the results of their efforts. And these results are best rewarded by men’s admiring glances. Appearance is a majr factor that attracts foreigners to hot Ukrainian girls. And if a girl makes you turn your head as she passes by, it makes her proud and happy.

If her appearance makes you forget what you were saying and stumble upon words, she’ll enjoy that as well. But if you simply keep staring at her, she’ll find it creepy. Excessive eye contact is best avoided. Even if you admire her too much and can’t take your eyes off, it’s not recommended to stare continuously, otherwise the woman will think something’s wrong with you.

According to most Russian and Ukrainian women, it’s behaviour of a psycho. So what should you do instead? Look at her, by all means, and when she looks back, smile. If you get her smile in return, consider it an invitation to a conversation. If she turns away, move on with your life.

Blocking her ways to “escape”

Generally speaking it’s not recommended to talk to a woman with her back to the wall, especially if you’re much taller and physically stronger. On a subconscious level, this behaviour may be considered aggressive and dominant. Russian and Ukrainian women favour strong, determined and assertive men, but they don’t like it when a man represents hidden danger. That’s why you should stand at the side of her, making sure she has enough space to walk off if she chooses to do so.

If you’ve approached a woman in order to ask her out, you’re not supposed to touch her at all until you get to know each other. Don’t catch her hand and keep it in yours, don’t keep trying to hug her. Don’t play with her scarf or necklace. At the same time, if you can’t eliminate touches at all, it’s allowed by the dating etiquette to have an occasional touch: a handshake or a quick hug.

There are so many ways of making a stronger statement when talking to Russian and Ukrainian women. Don’t forget that English is not their mother tongue, and most probably you’ll have to deal with a language barrier when approaching Slavic girls. So the more distinctive your body language is, the more chances you have. Here are some useful tips you can take into account: 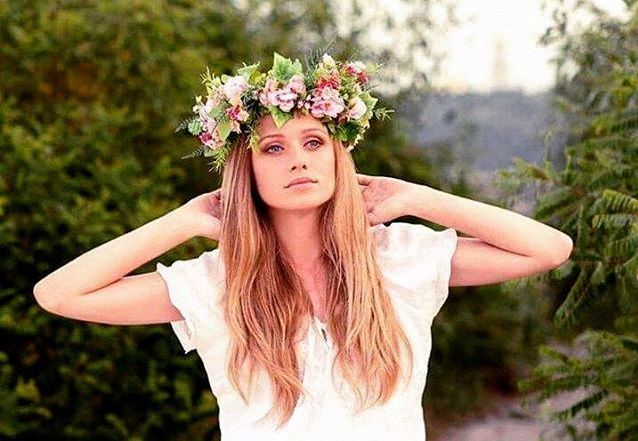 Work with your eyes and eyebrows

Eyes are the mirror of your soul, as they say in Russia, so it would have been foolish not to use them when flirting with a pretty Slavic girl. You can never go wrong with winking, for example, especially if it’s paired with a sincere smile. You can also raise one eyebrow to show you’re really interested in what a woman has to say. If you raise two eyebrows, it can be perceived as a sign of astonishment. Also, it can be interpreted as “Are you thinking what I’m thinking?”.

Don’t underestimate the power of your smile

Perhaps they tend tend to take smiles for granted, but in Eastern Europe they don’t smile much, especially when it comes to men. So if you smile to Russian and Ukrainian women, it will automatically make you stand out of the crowd, and if she smiles back, you’re half way to success. Just make sure your smile is friendly and genuine, not lecherous and lustful. 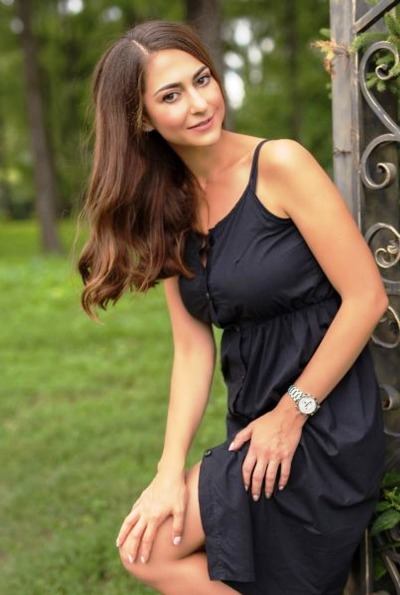 Use any excuse to touch the girl you like on her hand, shoulder, knee or back. Needless to say, you should do it in a way that’s not creepy, otherwise the chances are you’ll never see this woman again, and she’ll warn her friends about you as well. But if you touch her the right way, she’ll definitely take notice.

If you go for a long walk, take her hand while talking about something excitedly. You can pretend you’ve done it without thinking, and if she doesn’t object, keep holding her hand during the walk. You can also stimulate stumbling upon something and falling, so she would have a chance to “save” you. However, you should go for this trick only if you’re sure you have some acting abilities, otherwise you’ll look rather pathetic and ridiculous in your poor attempts.

Also, don’t forget to observe her body language as you talk to her. Does she try to avoid physical contact with you? Does she try to initiate a contact on her own? Paying attention to body language makes is so much more exciting and interesting when you flirt with Russian and Ukrainian women.

One thing you should remember about dating culture in Eastern Europe is that Slavic woman like assertive, confident and decisive men. They want their man to be a good leader and decision maker, otherwise he is not to be trusted as a life partner. A woman needs to know she has a strong shoulder to lean upon when things get tough and there is actually a stone wall to shield her from all sorts of pains the world is always ready to inflict.

That’s why you should demonstrate these qualities with your body language from the very beginning of your romantic relationship. One sure way to demonstrate your assertiveness and confidence is to use thumb-in-belt gestures.

They are bound to convey authority. If you sit down, you may spread your legs to emphasize your masculinity. But whatever you do, it shouldn’t be done with aggression, or you’ll scare a woman away. No one wants to have a tyrant at her side, so it’s extremely important to walk a middle path.

You may also like: How women read sexual body language

Make sure to do a fair share of people watching when you visit a new country. Just see what seems to be working for men in Russian and Ukraine, and try to do the same. Also, try to figure out what strategies seem to fail – it will save you a lot of time and effort.

These were only some suggestions on how to go about body language when flirting with Russian and Ukrainian women. Needless to say, feel free to experiment and come up with unique strategies of your own. You never know what will work with a particular woman. All the best!

Prev post How to increase your response rate from Russian, Ukrainian women?
Next post Is Free Hookup Sites Good?